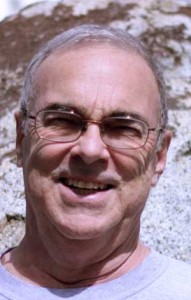 Dr. Judd is a psychometrician, test developer and author who received his Ph.D. from Stanford with a dissertation in Computerized Adaptive Testing.

He started Mentrix Corporation in 1989, and later sold it to Kelly Services, for whom he subsequently became a Research Fellow and V.P. of Research and Development.  At Mentrix, Dr. Judd developed the Judd Test Series, a set of 10 computer-administered, hands-on performance tests of operating systems, applications, typing and transcription.

In 2004 Dr. Judd became the Executive Director of the Performance Testing Council and he later became the Testing Director for ARDMS.  While at ARDMS he oversaw their ANSI accreditation program.  He is currently President of Authentic Testing Corporation, which develops customized online performance testing solutions.

As an ANSI assessor, Dr. Judd has evaluated a wide diversity of certification programs.  In addition, he has consulted with a variety of programs to help them meet the requirements of ANSI accreditation.

Dr. Judd has degrees from Princeton, Harvard and Stanford. He also serves as Vice-President of CertNT, a company which specializes in remote testing of software skills.